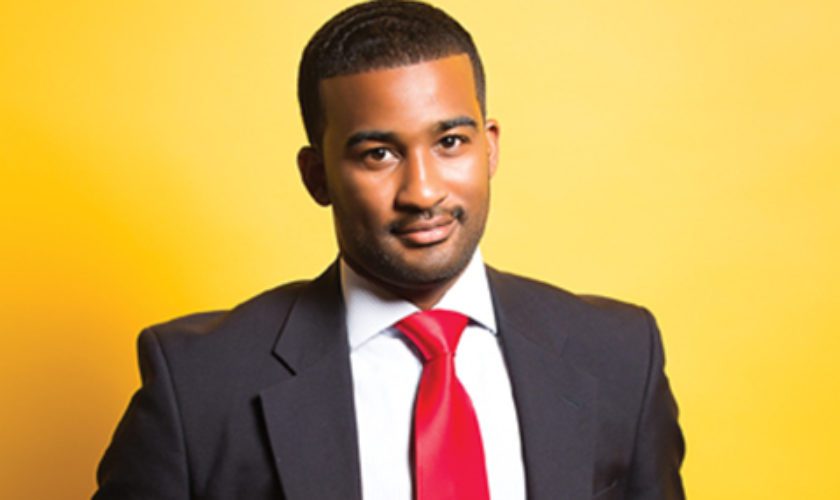 As an underwriter at Freisenbruch Meyer, Damian Pitcher has been turning heads as one of the most ambitious young employees they have in their ranks.

Pitcher completed his CPCU exams so quickly – in an unheard-of three exam windows – that he cannot be recognized until November when he will have completed two years experience. His supervisor believes Pitcher is, at 23, the youngest underwriter he has met to have achieved this qualification.

“Once you have the education, the network and the focus, you have the tools to go as far as you want,” says Pitcher, who has set his sights on being among “the leading thinkers and innovators” in Bermuda’s insurance industry. He loves working in Bermuda and would not dream of moving away from home for work. As a sports fan, he compares the Bermuda insurance market to “playing in a football league with the Premier League right next door. Some of the world’s largest companies are just a few doors down. What better place in the world to ply my trade?”

Although precocious in his insurance career, Pitcher is no stranger to setbacks. As he came to the end of his biological-sciences degree, which he had hoped would lead to a career in medicine, he found he had not been accepted to medical school. However, he quickly picked himself up and completed a minor in business while waiting to reapply. Pitcher is living proof that when one door closes another one opens. He says he has found “a new avenue that I really excelled in and enjoyed.”

2006-10  Attended University of Guelph, receiving a bachelor’s degree in biological sciences with a minor in business

2011  Employed with Freisenbruch Meyer Group as a customer service representative

2012  Promoted to underwriter at the Freisenbruch Meyer Group

2013  Completed Associate in Reinsurance (ARe) examinations