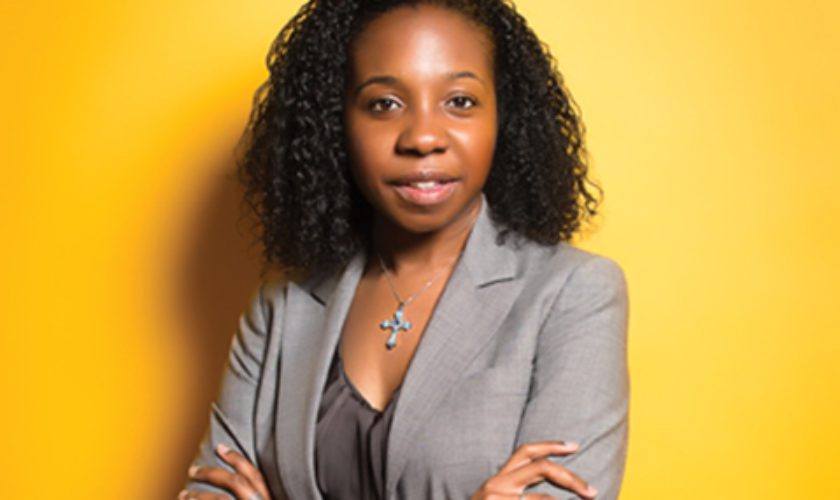 A 6-year-old Kimberly D. Caines once said she wanted to be a senior magistrate, and it seems she has not wavered much in her career goals since then.

Today, Caines is an associate at MJM, where she is honing and developing her craft as an advocate and attorney and looking toward goals that would make her 6-year-old self proud, like sitting on the bench, lecturing on law within an academic setting and motivational speaking.

Caines’s career demonstrates the value of doing something about which you are passionate. Speaking of what she loves about being a lawyer, she says she enjoys “the ability to help people, the client interaction” as well as “the advocacy, appearing in court and discussing current legal issues with my colleagues and friends from law school who are now practicing.” She is also keen to keep challenging herself. “One obstacle I face is not becoming complacent in any area of my life and not to stay in my comfort zone. I always strive to learn and challenge myself and to become the best version of myself I can be.”

Caines’s road to success involved working as a summer student in a number of different law firms while she was earning her qualifications, and gaining experience in a number of different practice areas. She says this experience of learning, observing and completing work for the lawyers she assisted helped focus her interest in civil litigation. She advises that others looking to get into her profession do the same and “use the experiences of others as a guideline but not a roadmap, glean from their experiences, but make your journey uniquely yours.”

The directors of MJM, especially her pupil mentor Juliana Snelling, have inspired Caines. She is grateful to them for investing time, energy and knowledge to train her to be the litigator she has become.

2002-06  Attended the University of Western Ontario to study for a B.A. (Hons) in women’s studies and Spanish language and literature

2012+  Associate in the litigation department at MJM Limited