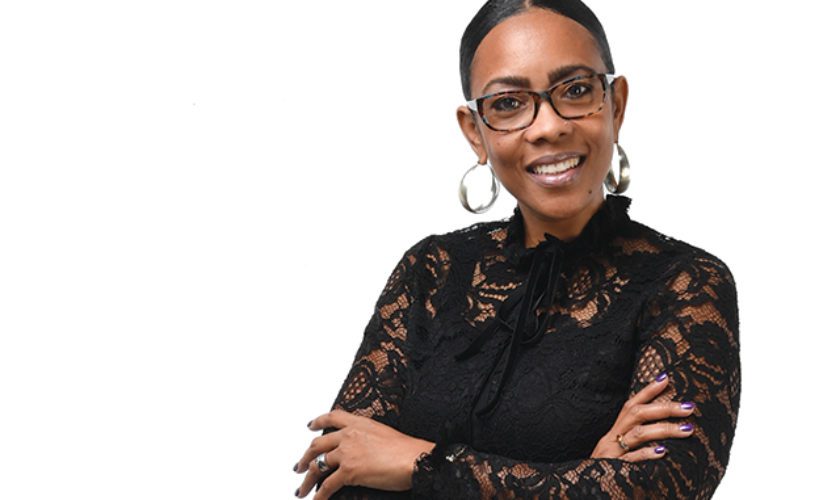 Whether directly or indirectly, the issue of domestic abuse is one that touches us all, as it affects one family in every neighbourhood on average. While Bermuda officially recognises such violence as criminal, the reality is that many in our community refuse to adhere to the laws, committing offenses over and over while leaving their victims perpetually scared, demoralised and filled with hopelessness. It’s for this reason that Tina Laws (pictured)— a criminal justice human services professional and former domestic abuse victim—has founded UnderKonstruction, a private business whose stated mission is “to awaken the innate sources of strength, beauty and character in the lives of those affected by domestic violence.”

UnderKonstruction offers dedicated support resources for victims in the form of individual sessions, family education groups, psychological education groups, peer support groups, community awareness training and employer awareness/organisational response seminars. Its vision is to become a major hub for helping to heal, build and restore families who have been affected by domestic violence, and Laws stresses that it is a completely new business unaffiliated with any existing local organisations. “I have found that many become concerned if they believe us to be an affiliate of other agencies,” she states. “I guess with there being only a few domestic violence support services on-island, people are seeking change.”

In Bermuda, being the victim of domestic abuse does not necessarily qualify you for clinical services that allow medical coverage, and thus financing private support can be a near impossible challenge. Additionally, many live in fear of not being able to secure the funds for a domestic order against an abusive partner, adding salt to the wound of what is already an incredibly difficult burden to bear. Laws notes that all types of local organisations can work to play a part in improving such conditions for victims. “If I had to answer what the private sector and/or government can do for those being abused, I would have to say on behalf of all the victims in our community: review the laws, extend the services of health coverage, amend government housing finances, consider relocation funding and truly invest in each and everyone’s physical and mental well-being,” she says. “We always hear about statistics, trainings and fund-raising, but when are there going to be major changes with assisting individuals being abused?”

Laws believes that we have to change our mindset as it relates to those experiencing domestic violence, as it’s not as simple as it appears to those who have never been affected. “For many, the suffering goes beyond painful bruises, a broken leg, cracked ribs or the loss of hair and teeth,” she admits. “Domestic abuse also has a major effect on one’s emotional and psychological well-being.”

To address this, UnderKonstruction’s workshop series are nuanced, catering to both victims and their family members, depending where the victims are in the cycle of abuse. “Removing The Mask,” a workshop focussing on individuals who have been directly abused by their intimate partners, caters to the needs of those currently in an abusive relationship, who have just gotten out of one or are still dealing with the long-term effects of a past one.

Designed for those indirectly affected by the acts of domestic violence committed against their loved ones, “Pardon My Appearance” focusses on rebuilding relationships, regaining trust/support and education regarding the effects associated with abuse. “This group is great for families or friendships that have been strained or severed due to an abusive relationship either past or current.”

Whereas UnderKonstruction operated only part-time in the past, it has been proudly functioning as a full-time private business since October 2017, and Laws is pleased with how the public has received the organisation. To date, UnderKonstruction has supported several individuals who have sought its services with a personal request, and continues to educate, motivate and inspire individuals toward living an abuse-free lifestyle. “I have always been very passionate about working with and helping others; however, nothing is as fulfilling as seeing an individual break free from the confines of an abusive relationship and walking in their purpose,” she says.