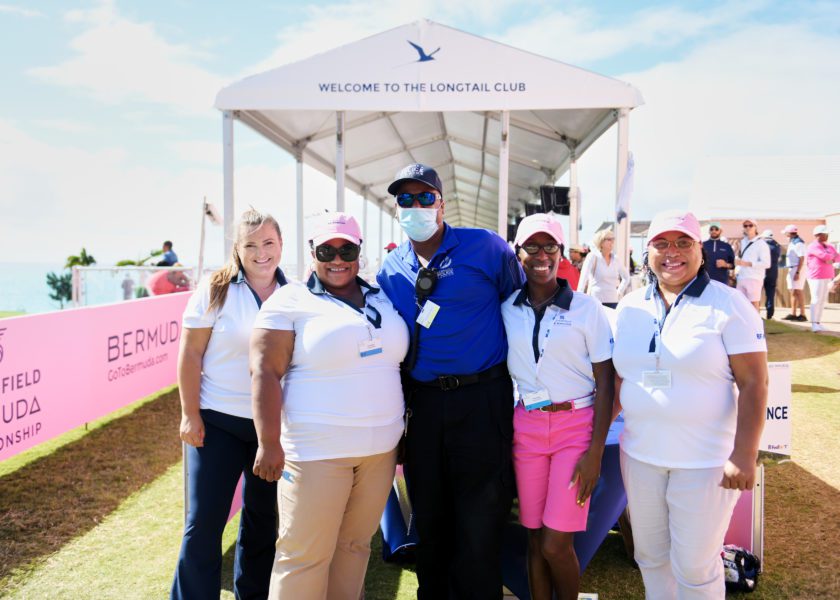 Birdies For Charity: How The Butterfield Bermuda Championship is Supporting Local Non-Profits

Island charities hit hard by the pandemic received a combined $645,000 boost from the Butterfield Bermuda Championship in 2021. The annual PGA Tour event stepped up its philanthropic efforts last year, as 45 local nonprofits benefited, bringing the tournament’s local charitable impact to over $1.1 million during its first three years.

Danielle Baiunco, the tournament’s operations director, said the introduction of the Birdies for Charity initiative had made the difference. The matching-fund programme enables Bermuda nonprofits of all sizes to boost the value of funds they raise year-round.

The tournament’s goal in 2021 was to maximise its positive impact on Bermuda, “to do everything possible to help the community that welcomes us and supports the Championship”, she added.

Birdies for Charity originated as the brainchild of organisers of the long-running John Deere Classic, which last year raised a staggering $12.56 million for 470 charities. In 2021, the Butterfield Bermuda Championship became the latest PGA Tour event to adopt the programme.

Any Bermudian nonprofit organisation can sign up, with provision of their registered charity number and a letter to confirm they remain active. Approved organisations receive a “recruitment toolkit”, giving them tools and advice to publicise their participation and attract donors.

The “Donate Now” button on the Championship’s website allows anyone to select a participating charity and make a pledge. Birdies for Charity makes a 10% match to add to each donation’s value. For example, a $50 pledge will generate 10% matching funds of $5 for a total of $55. There is no limit on how small the donation can be and the programme underwrites all administrative costs, so the charities receive every cent.

Charities can also harness the programme’s value-boosting opportunity, to make the proceeds of their regular fundraising efforts go further, to a limit of $50,000 a year for each nonprofit.

“They can take the proceeds from an event, fill in a form to say how it was raised, and submit it to us,” Baiunco said. “Then it goes through the programme and we return it with the matching funds. As we like to say, ‘You donate, we match, all for Bermuda’.”

Birdies for Charity runs from July 15 through to December. But funds raised at any time of year, up to the $50,000 limit, are eligible for the programme. If, for example, a charity raised $20,000 from a golf day in February, it could submit the full amount to Birdies for Charity on July 15. They would receive the same sum back by August 1. Similarly, funds submitted on September 15, October 15, or November 15, would be returned by the first day of the following month. The 10% matching funds are then distributed on December 1.

“We would like to see every single registered charity to sign up in 2022 and we’re also actively looking for more matching dollars,” Baiunco said.

The tournament generates additional funds through its volunteer charity programme, which is sponsored by BF&M. “We recruit about 600 volunteers every year,” Baiunco said. “If a volunteer wishes to donate their time to a charity, we donate $200 per volunteer to that charity. This offers another great way for charities to benefit from the Butterfield Bermuda Championship.”

Birdies for Charity positively impacted Bermudians’ lives, as some of the participating charities confirmed.

PALS, which assists cancer patients, financially, emotionally and medically, stated: “The pandemic has caused a reduction in donations and a decrease in events and this programme has allowed us to worry less about needed funds.”

Tomorrow’s Voices added: “Each dollar we raised through the Birdies For Charities initiative allowed us to be able to provide one-on-one therapy to our clients on the autism spectrum, which in return impacts their lives greatly.”