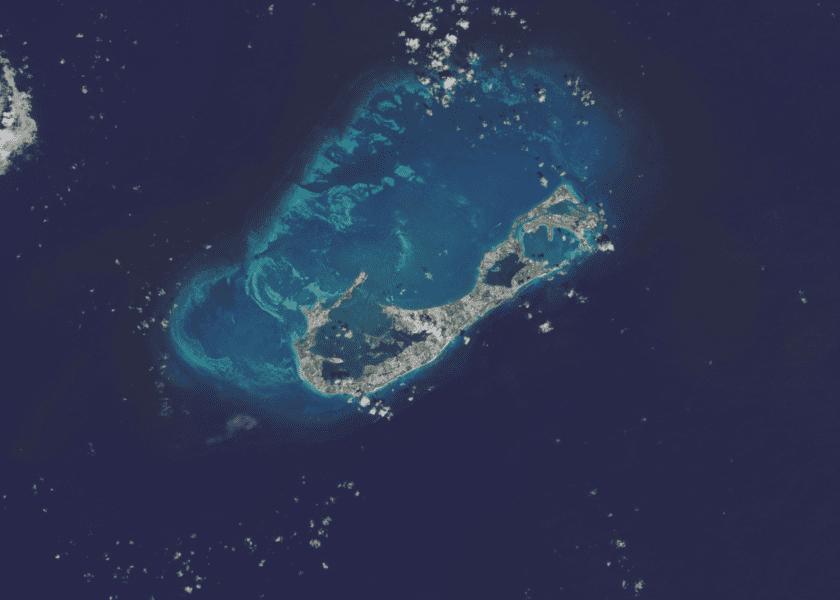 Islands like Bermuda have good reason to pay close attention to climate change – for them, impacts that are already happening, such as rising sea levels and more intense storms, pose an especially potent threat.

And yet 14 years have passed since the last comprehensive report on the impact of climate change in Bermuda was conducted by Dr. Anne Glasspool, commissioned by Bermuda National Trust.

This year, a team at Bermuda Institute of Ocean Sciences (BIOS) is working on a much-needed follow-up. The first part of the report will synthesise current knowledge – including scientific research and abundant empirical evidence of the changes already happening.

In the second section, the researchers will seek to develop an understanding of climate change’s impacts on multiple sectors of Bermuda’s society and economy, including tourism, natural and built environments, energy, social justice, transportation and commerce.

Dr. Mark Guishard will be the principal investigator leading the research, which is being funded by exclusive donor HSBC. “This work is intended to support a burgeoning conversation in Bermuda that is urgent, and should also remain ongoing, long beyond the time frame of this proposal,” Guishard said. The first part of the report could be rolled out as early as this summer and the rest, potentially by year-end.

The latest Intergovernmental Panel on Climate Change (IPCC) report, released in February this year, highlighted the need for action. It found that environmental impacts are happening faster and more severely than expected, requiring a growing focus on adaptation strategies – adjusting to the current or anticipated effects of climate change.

Guishard said: “In Bermuda, these impacts are poorly documented outside the scientific literature.” His hope is that the report will “shine a light on some of the critical issues facing Bermuda, in support of public understanding of risks, and in the interest of building resilience”.

Scientists have already published clear evidence of Bermuda’s changing environmental conditions. Average ocean-surface temperatures just south of the island have increased by 1.1 degrees Celsius since the mid-1950s, according to BIOS’s Bermuda Atlantic Time Series, a long-running dataset. The Sargasso Sea has also become saltier, while the loss of oxygen and acidification is accelerating.

Storms hitting Bermuda are becoming more powerful. The average tropical cyclone maximum windspeed within a 100-kilometre radius of Bermuda more than doubled between 1955 and 2019, from 35mph to 73mph, according to a paper authored by five scientists, including Guishard, and published last year in Environmental Research Letters.

Guishard, a Chartered Meteorologist and the Director of the Bermuda Weather Service, said there appeared to be a growing focus on climate change as a unifying theme, from government, business, nonprofits and the community, and that the report could act as a focal point for collaboration between all stakeholders.

In March, the Bermuda Government announced it had commissioned a separate report to assess the climate resilience and vulnerability of infrastructure.

“Bermuda led the UK Overseas Territories Association at COP26 last year – a great initiative to focus attention on the threats,” Guishard said. “BIOS has conducted longstanding research, the Bermuda Underwater Exploration Institute started the Youth Climate Summit with support from the private sector, and there’s been a climate action network of environmental NGOs working together.

“In the private sector, you only need to look at the renewable energy efforts to realise there’s a lot of action on carbon emission mitigation. Residential and commercial scale solar utilities are going to greatly improve our energy security and mitigate our carbon footprint.

“Because we have a robust risk industry here, Bermuda is ideally suited to lead the charge on climate risk initiatives that are outward-facing, to close the protection gap and build resilience against climate change. The focus on our internal resilience needs to go hand in hand with that.”

Guishard credits young people with sparking urgency to act on climate change and so is pleased he will have two student interns working with him on the research. “The decades of advice and warnings from scientists about the real threats have not been effective enough,” he said. “It has taken recent youth activism to raise the profile of this issue beyond what science has done.”

If humans are to rise to the challenges of climate change, it must be a truly joint effort. “We all have a part to play – every individual and every organisation, both to mitigate emissions and to adapt to the impacts of climate change,” Guishard said. “It’s not just about the Government coming to the rescue, corporations changing their practices, or individuals planting trees and cycling to work – it has to be all of those things, and more, to make an effective response to climate change.”