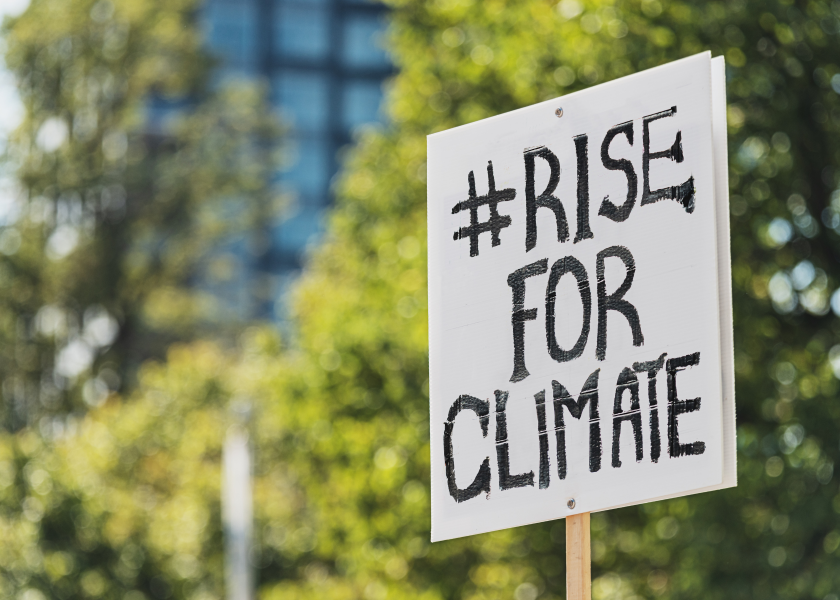 The young have the most to lose from the effects of ongoing climate change. The disruption that the warming of the planet will bring in the coming decades casts a shadow over their future.

A survey of 10,000 people between the ages of 16 and 25 in ten different countries, published in 2021 by the journal Nature, found that about 60% were “very worried” or “extremely worried” by climate change. Many respondents associated negative emotions with climate change — the most commonly chosen were “sad”, “afraid”, “anxious”, “angry” and “powerless”.

Logically, young people everywhere should have a strong voice in the climate debate and in Bermuda that is happening in a structured way through the Youth Climate Summit, to be held at the Bermuda Underwater Exploration Institute from November 21-26.

“Young people in Bermuda are knowledgeable and passionate about climate change,” said Karla Lacey, chief executive officer of the BUEI. “A few years ago, we saw a group of young people protest here, but there wasn’t anything to keep them engaged in a way that was sustainable.

“The Youth Climate Summit gives them a platform and the resources to back up their voices and to enable them to make the type of change they want to see. I like to think that we are developing environmental advocates who will be leaders in their chosen industries, individuals who understand the impact they have.”

The YCS is a weeklong, annual event that brings together local and global experts, leaders, and activists in the fields of environmental conservation, sustainability and climate justice. It is open to students aged 13 to 22, and educators, and gives them the opportunity and support to launch their own initiatives, partnering with nongovernmental organisations.

Last year’s inaugural YCS was supported by HSBC Bermuda and AXA XL, described as “transformational founding partners”. The two companies are the principal backers again this year, supported by multiple other sponsors from international and local business. Lacey said: “If it wasn’t for our founding partners, the YCS would be a weeklong event that happened on an annual basis — it is thanks to them that we are able to realise the vision of providing young people with the resources to put their ideas into action.”

Sponsors are chosen carefully to ensure their values align with those of the summit. “We wanted to make sure that we would never be in a position where we were partnering with someone that wasn’t ‘walking the talk’, because that would discredit our initiative,” Lacey added.

Lacey believes that the BUEI, whose vision over the past 25 years has been to ensure our ocean is “understood, appreciated and protected”, is a natural venue for the YCS. “There is no separating us in Bermuda from the body of water that surrounds us,” she said. “Climate impacts the ocean and every other aspect of our environment.”

The first YCS started with four days of virtual sessions, featuring subject matter experts and international youth activists sharing their experience of projects elsewhere in the world. The online sessions provided science and insight that participants were able to use during the last two days of in-person meetings and presentations.

The event attracted around 150 people — a similar number is expected this year — and received overwhelmingly positive feedback, success that Lacey attributed in part to the insight gained from a pre-summit survey of young people. She said three themes had come through consistently:

The findings informed organisers as they structured an event to resonate with young people, Lacey said. The format is the same this year, with four days of virtual sessions, from 12:15pm to 1:30pm on Monday through Thursday, followed by the Environmental Showcase on Friday at the BUEI, where participants will meet and hear from the agencies who will support them in making their own projects a reality. On Saturday, students collaborate and propose their own solutions for ways to address the impact of climate in Bermuda.

As Lacey points out, “it’s an event that takes place over six days, but it’s also the foundation for a year of youth-led action”. Approximately 30 YCS alumni have been engaged in activities to support the environment over the past ten months. The climate justice group was concerned with food security and worked on home and community garden projects; the conservation group was involved with mangrove and seagrass restoration, as well as lionfish culling; the sustainability team focused on reducing single-use plastics in school lunches.

“This year we will have the alumni presenting to their peers on the projects they have been involved with,” Lacey said. “They have been working with a graphic illustrator to document what they have done over the past year and they will be presenting on the Saturday. I think we have a winning formula to build on, in that every year we will have a new cohort and alumni speaking about how they have made a difference.”

For more information about the Youth Climate Summit, visit www.YCS.com