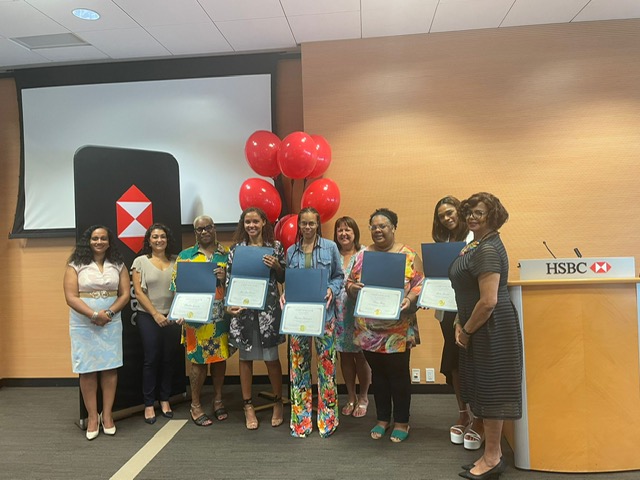 Almost nine out of ten single-parent families are headed by women, according to the 2016 census, and some of them are under extraordinary strain. Some struggle with insufficient income to support their children or keep their home, a lack of education and unaddressed traumas stemming from their own difficult upbringings.

These mothers are the target clients of the Transformational Support Services Programme (TSSP), an education and life-skills programme coordinated by the Women’s Resource Centre (WRC) working with community partners, which aims to support their need to become economically self-sufficient.

Elaine Butterfield, a consultant to the WRC and its former executive director, led the charity when the idea was first hatched in 2018. Though the need for it was identified then by the WRC and other groups, including government services and other charities, the impact of the Covid-19 pandemic has made it even more urgently needed.

Further investigation found that these women were “underperforming in life in general”, Ms Butterfield said, often under-educated and under-employed. Consequently, the WRC led the development of the TSSP.

HSBC funded the idea, providing $90,000 over three years, enabling the programme to be developed, piloted and assessed. “We were very grateful for HSBC’s support,” Ms Butterfield said. “Covid caused great delays and there were food and security issues for the women, but HSBC again stepped up to the plate to help.”

Seven of the ten woman who participated in the pilot, which concluded in 2021, completed the programme successfully. Two have since started their own businesses, two others were seeking employment and three were working towards their GED.

An evaluation of the course discovered opportunities for improvement and some adjustments have been made to strengthen the programme’s effectiveness in the next iteration, which will start in September. Demand is strong and all ten places are already filled.

Participants will firstly have a needs assessment, Ms Butterfield said, followed by empowerment education, which comprise academic and life skills training, as well as employment skills development. Ongoing support is intended to help them get jobs. “At the end of the programme, there’s a graduation and they are then in a better place to sustain their families and themselves,” she added.

This year, in addition to being offered to members of the community, the programme will also run at the Transformational Living Centre (TLC), a purpose-built housing facility that seeks to address the growing problem of homelessness among families with children. The programme will be an integral part of the transformative process for the families living at the TLC.

Participants principally learn material that can have a positive and direct impact on their lives. Ms Butterfield said: “They’re taught about dressing properly, personal hygiene, self-esteem and how to apply for a job. We go through some role play of scenarios such as employment interviews. They also learn how to budget properly, how to shop effectively for food and plan meals, and how to cut down on their Belco bills.

“It requires commitment from them and it is work – but work that can produce incredible results. You get out what you put in. Our aim is not just to feed the participants, but to teach them how to fish for themselves.”

“Many women worked in the hospitality industry, which was extraordinarily affected,” she said. “They’re still trying to recover from not having a job for two years plus, and some of them still don’t. And you know, that just puts them in a very scary situation financially.

“One of the things I’ve learned working in this field is that a lot of people have lost hope. For example, women can go through this programme and feel better about themselves, but then there may be no job out there for them. These women also want to inspire their children. No one’s to blame — this is an extraordinary circumstance.”

The programme aligns with the WRC’s aim of helping women to achieve their full potential, though education, training, counselling and the promotion of gender equality, an area of growing focus for the charity.

Ms Butterfield said: “As long as a woman is not paid the same as an equally qualified man and as long as a woman has to be concerned for her welfare when she walks on the street at night, there will be work to do.”