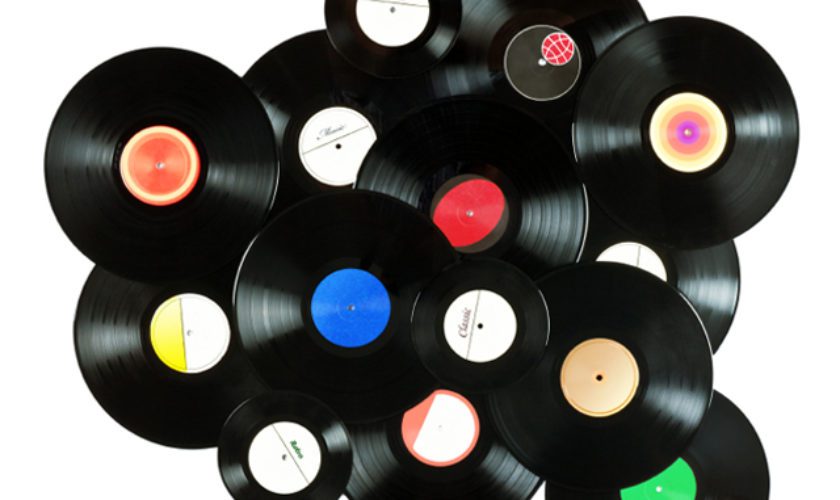 Do you remember the first record you bought? Mine was “Superstition,” by Stevie Wonder.

It was a 45, and I bought it from Music Box, on Queen Street. Eddie DeMello was behind the counter that day—and every day, as far as I could tell—and I handed him my allowance and he handed me Stevie’s stomping hit.

How lucky am I that my first record was something so enduringly cool, and not “Tie Me Kangaroo Down Sport,” by Rolf Harris (which I didn’t need to buy anyway because, I’m sorry to say, my parents owned it already)? Except maybe it wasn’t. Maybe I just hope “Superstition” was the first record I bought, because if it wasn’t, that means the honour goes to…The Partridge Family Album. And while 40 years on “Superstition” remains a funky masterpiece, time has not been kind to the Partridges.

I heard one of the tracks, “Point Me in the Direction of Albuquerque,” the other day while at the gym. My husband, in one of his romantic fool moments, had put it on my iPod to surprise me, and boy was I surprised as I listened to the lyrics again. I hope I’m not shocking any Partridge family fans out there (there must be a few still clinging to life), but it’s a song about a weirdo cruising round bus stops, looking for a teenage runaway, whom he persuades to hop into his car. I keep hoping it may have featured in an episode about stranger danger, but I fear not.

Anyway, the reason why I’ve got records on my mind is that my husband received a turntable for Christmas. So, too, did a lot of other people, judging by the throngs in our local indie record shops, which, until recently, were peopled exclusively by lanky youths and men who look like Comic Book Guy in The Simpsons. Britain is having a vinyl revival. It seems the summer-of-love blowhards who insisted the sound from records was richer and warmer than CDs were right all along. And we thought it was just the drugs!

But our new toy needs feeding. True, we kept some of our old albums, but we kept them in the garage. For 25 years. In a bin bag. Which means that after I managed to scour the mould off them, I found they were so warped they looked like the black run at St. Moritz. God help us if the cassette makes a comeback.

But maybe this is a good thing, because now we have the chance to do things right. To have a record collection we are proud of—a Partridge-free zone! To learn from our mistakes. And when I say “our” mistakes, I mean “my” mistakes, because if they had dodgy trousers and dodgier haircuts, you can bet I had their album. Flock of Seagulls? Tick. Bay City Rollers? Tick. Rod Stewart in his “Da Ya Think I’m Sexy” years. Tick.

In the past few weeks, my husband and I have spent many a happy hour flicking through record racks. So far, we’ve snapped up The Rolling Stones’ Exile On Main St., James Taylor’s Mud Slide Slim, Joni Mitchell’s Blue and a copy of Carly Simon’s No Secrets—just £2.99!—which turned out to have a big scratch right in the middle of “You’re So Vain” (“Well, I hear you went up to Saratoga and your horse naturally wonnnnnn”). With vinyl, as with everything else, you get what you pay for.

Online ordering has brought other gems: Bruce Springsteen’s Born to Run, Bob Dylan’s Blood on the Tracks, Steely Dan’s Pretzel Logic. There are new things, too. Like Leonard Cohen’s latest, Old Ideas, on which Laughing Lenny’s voice is so deep that, listening to him from the kitchen, I keep thinking there’s a problem with our pipes.

In one curious little shop, we found a cache of Frank Sinatra albums, all wrapped neatly in cellophane. We bought three: In the Wee Small Hours, Come Fly with Me (Frank in his jaunty hat on the cover…now THAT is cool) and Songs for Swingin’ Lovers. The owner insisted on playing the first track on each side to satisfy us (and himself) that they were in prime condition. As he listened, a beatific smile lingered on his face. By the time he got to Songs for Swingin’ Lovers, he was so enraptured that he played “I’ve Got You Under My Skin” twice. “I don’t think he was a very nice man,” he sighed. “But he certainly knew how to sing.”