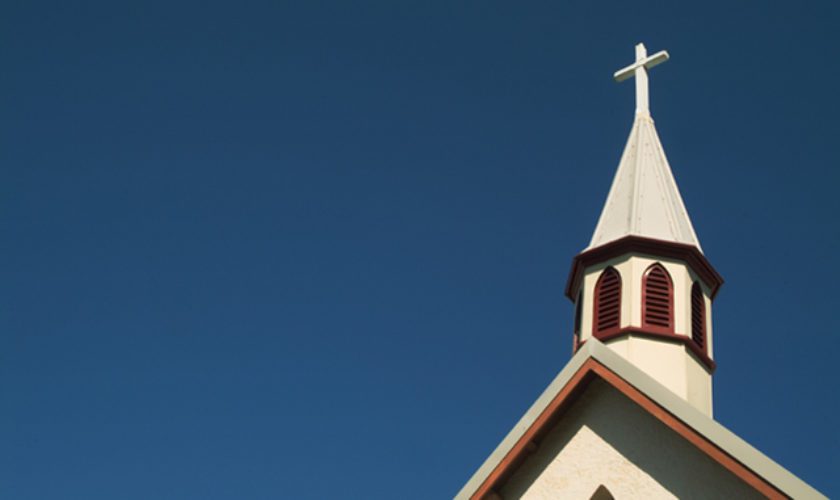 That's Life! A Letter from London: Going to Church Again

I have a confession to make: I have started going to church again.

I’ve never had a problem with church in Bermuda. A visit to Holy Trinity is a Sunday-morning ritual: sitting with my family in our well-polished pew, feeling the soft breeze blowing off the Sound through the transept, listening to the sound of a catbird calling in the graveyard.

I watch my Dad, glasses perched on his nose, waiting for his cue in the choir stalls. I study my favourite stained-glass window, the one of Peter and Andrew, where Peter’s robe is like grape jelly and Andrew’s is the same colour as a dessert my mother used to make called jewelled Bavarian cream. How I loved that pudding, probably because it was 90 percent cooking port.

When I left home, I tried several churches on for size, but I could never find a good fit. One was too sombre. Another, so touchy-feely it made me want to flee—so I did. A third, which I had admired from afar, looked ancient and noble from the outside, but inside it resembled a conference centre, with collapsible chairs and a survey at the door. Before you say it, I know: church is not about appearances. Yours, or its. But even so, I could never settle.

Now, though, I’m trying again. “The cathedral of the back streets,” as it calls itself, although the chi-chi Brighton neighbourhood where it nestles is hardly Pond Hill, is a high church in every sense of the word.

There is much sprinkling of holy water, and incense clouds like cumulonimbus. Asthmatics, bring your inhaler!

The minister, a white-bearded man with kind eyes, was half-joking the week after Easter when he said, “The official name for today is Low Sunday, but we don’t do ‘low’ here.” Indeed not. There is no dunking of the body of Christ here, a practice I have always viewed with suspicion, despite my family’s insistence on its health benefits. Say what you like, the body of Christ should not be treated like a Rich Tea biscuit. When my daughter, suffering from a cold, held on to her wafer one week, the lay preacher looked alarmed and whispered, “Are you going to eat that, my dear?”

It is also high in the literal sense: a soaring Victorian structure whose vaulted wooden ceiling stretches halfway up to heaven. Because of the sheer volume of the place, it is perpetually freezing, the cold dripping down on our upturned faces like rain (it might actually be rain—this church is big enough to have its own micro weather system). Hats, coats, scarves and gloves are mandatory until May. In the winter, you can see your breath during hymns. Four ancient radiators are placed optimistically round the nave, regulars clustering near them, like meerkats at a northern zoo huddling round a heat lamp.

At my new church, the processional hymn is usually taken literally. At the first crash of the organ, we heave ourselves out of our seats and shuffle clockwise round the nave, as though partaking in a very polite game of musical chairs. I think this is mainly to give the incense bearers some room to swing and also to make sure that nobody has died of hypothermia. Picture the seventh-inning stretch, but with “Guide Me O Thou Great Redeemer” instead of “Take Me Out to the Ball Game.”

There is also a pleasingly shambolic nature to the weekly service, something I now realise is essential to my church-going experience. At Holy Trinity, I remember how Myrtle Hollis, the organist, would lead us all in a merry dance: starting off slowly, just to tease us, and then, when we threatened to catch up, galloping off again. That green hill far away never got any closer when Myrtle was at the keyboard.

Here, the music is under control, but the calls and responses are satisfyingly unpredictable. An ominous silence will ensue after some exhortation until the minister clears his throat and gives us a clue. “I do renounce Satan and all his works!”

Last week, the catch on the front door stuck, leaving a gaggle of latecomers—me included—marooned on the front step. My Father’s house has many mansions, but no WD40.

The refreshments, alas, are not up to Holy Trinity’s high standard; there the “fellowship” is so legendary, worshippers come from other churches just to share in the bounty. The first time we went to the church hall following matins, there was coffee and a single plate of Maryland chocolate-chip cookies. The next time, there was the same plate and very possibly the same cookies. Unsurprisingly, nobody was going for them. “This is terrible!” my daughter cried. “Do you think they would be offended if I offered to bake something and bring it along?” She offered, and nobody was offended. God works in mysterious ways, and homemade snickerdoodles are just one of them.