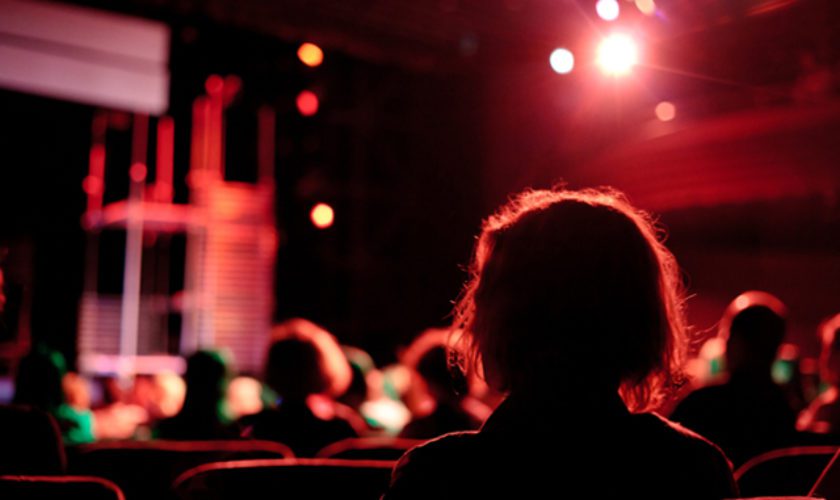 That's Life! A Letter from London

My son and I were fortunate enough to catch Helen Mirren in The Audience earlier this year.

La Mirren was delivering another tour de force playing the Queen, this time on stage at the Gielgud Theatre. It wasn’t just a hot ticket – it was sizzling, with seats for the limited run changing hands on the black market for £400 a pair.

Yet halfway through the second act, I noticed the young woman on my left texting. Not a furtive “Eek! 4got 2 turn mob off. Spk l8r’ txt.” But a proper conversation.

“It’s the Queen!” I wanted to hiss at her. “If you raise your gaze from your phone for a moment, you will see Dame Helen Mirren, one of the finest actresses of her (or any other) generation, delivering an Olivier Award-worthy performance. Or alternatively, you could carry on texting Arabella to see if she wants to meet up later for a few bevies.”

I found her behaviour particularly dumbfounding, because I’m terrified of my phone going off during a performance. Even when I know I’ve switched the wretched thing off, I’m sure that somehow it will reactivate itself, in the depths of my handbag (the eye pencil will nudge the hairbrush which will shove the waiter’s friend into the on button), and by the time I get to it, we will have had three verses of the Nokia theme tune. And I will be ejected.

In my dreams – nightmares – this happens at The Worst Possible Moment.

Hamlet’s death scene: “The rest is silence”…bring! Or the demise of Desdemona: “Put out the light, and then put out the light”…and while you’re at it, put a brick through that accursed phone!

I’m clearly in a minority, though, because I can’t remember the last time I went to a play, or a film, and there wasn’t some sort of interruption. At a recent performance of Charlie and the Chocolate Factory, a family sitting front and centre in the stalls at Drury Lane had to be admonished, repeatedly, for filming with their smartphones.

Those seats must have cost a fortune; if they got enough change back from ¬£300 to buy a box of Maltesers, I’d be flabbergasted. So what possessed them? Have attention spans dwindled to the point where we can no longer just watch a play for two hours when we could be watching and filming? Or texting? Or eating?

Lenny Henry, who won rave reviews this summer for his performance in August Wilson’s Fences at the Duchess Theatre, joked about how some evenings he would look into the audience and see “people eating whole meals; with knives and forks…microwaves going off…ping!”

He’s exaggerating. But only just. A colleague of mine went to the Royal Court Theatre last year where, after much rustling, the couple next to him produced two large cod and chips from the depths of their tote bag and proceeded to eat them with greasy-fingered, lip-smacking relish. He said he thought the smell of vinegar might kill him – if the outrage didn’t get him first. I’ve heard a story about someone smuggling a curry into the same venue, but I’m hoping it’s just an urban myth.

At this point, I should probably confess that I, too, have abused food in a public place. Back in the dawn of time, when my brother and I and our tennis-stadium friends used to spend steamy Saturday afternoons sheltering in the old Rosebank Theatre, we would buy fruit gums because (a) they were cheap and (b) the black ones, which nobody fancied, could be dropped onto the heads of unsuspecting folks sitting downstairs. But I was 10.

I went to see Harry the Sixth on the weekend. It’s part of Shakespeare’s little-known Henry VI trilogy, and it’s little known for a reason. It’s terrible.

Despite the best efforts of the Globe’s energetic touring cast, I struggled to keep up with the vast number of characters, played by a not-so-vast ensemble, many valiantly assuming two or even three roles. Who was that woman in the red dress, and why did people keep referring to her as M‚ÄôLord, before she morphed into Margaret of Anjou? Why did Joan of Arc have a Brummie accent? I shall probably never know.

Behind me were a woman and her grown-up son. He was 20-something, and handsome – but clearly troubled. My guess is some kind of Asperger’s. During the performance, he became exercised by the battle scenes, although his reasons were different from mine. “I love the French!” he roared at one point, as Orleans changed hands for the umpteenth time.

In the interval, though, his mood darkened, and he became morose and embarrassed, apologising to his mother and those around him for his behaviour. “We should go home; let’s go home!” he muttered, tugging at her arm.

Another woman, sitting nearby, spoke gently to him. “Are you enjoying it?” she asked. “Yes!” he exclaimed. “Then stay,” the woman said. And so he did.

Now that is how you behave at the theatre.