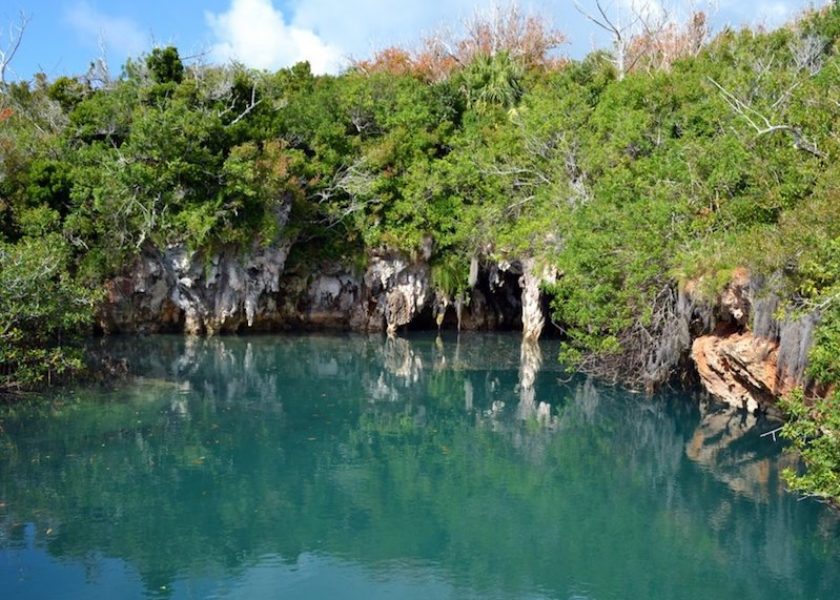 11 Things to Know about Walsingham Before You Go

Walsingham Nature Reserve, or “Tom Moore’s Jungle” as it’s lovingly known, takes about two hours to explore. While some parts of the park demand sturdy shoes and light climbing, the views, lush vegetation and biodiversity make an afternoon spent in the jungle totally worth it. Here are 11 other things you should know about Walsingham before you go.

1. Walsingham Nature Reserve contains several important Bermudian habitats for wildlife, including woodland, mangroves, brackish ponds, coastal forest, and, most notably, caves. All these habitats in close proximity to each other means that the reserve has a high rate of biodiversity.

2. The nature reserve’s other name, Tom Moore’s Jungle, is derived from the celebrated Irish poet who wrote love poems sitting under a calabash tree on the 12-acre grounds.

3. The Walsingham area is one of the oldest environments in Bermuda, containing very old limestone, and ancient forest, including a population of endemic olivewood that has stood there since the island was discovered.

4. Often overlooked, Walsingham pond is a very important ecosystem for various marine animals and nesting birds. It holds a myriad of sponge species – the site is world-renowned by scientists for its sponges. This pond was created when a cave collapsed to create a deep gulley.

5. Two species of mangrove can be found around the pond – red and black mangroves. Red mangroves have huge prop roots supporting them in the marshy ground and pneumatophores, little woody protrusions in the ground around them that allow the tree to absorb oxygen, while black mangroves can be identified by their duskier-coloured leaves. Red mangrove roots found in the pond can be as much as 2m long and provide one of the most productive ecosystems on the planet, supporting life above and below the water.

6. Two green turtles live in Walsingham pond, which were likely trapped there as young turtles and grew too large to exit again.

7. Other animals you may see in Walsingham include parrotfish in the brackish ponds, mangrove crabs, yellow crowned night herons and green herons, and smaller birds like bluebirds, cardinals, and catbirds.

8. Blue Hole grotto is part of the nature reserve, and used to be the site of a dolphin show. Now, the natural pool, a collapsed cave, is a popular spot to visit. A wooden jetty allows visitors to look out into the grotto.

9. The soil at Walsingham is red in colour, and a recent study has revealed that the redness, called terra rossa and indicative of iron oxides in the soil, has been blown by storms to Bermuda all the way from Sahara and Sahel regions of Western Africa. The nutrients in these desert soils provide rich clay enabling Bermudian soil to be more fertile.

10. Walsingham’s caves were likely formed during the Ice Age. The beautiful stalactites and stalagmites within them are formed by water dissolving the calcium carbonate in limestone over many years. All caves were formed with fresh water, and only now have some of them been flooded as swimming caves with ocean water.

11. Bermuda’s caves are a biodiversity hotspot, and contain more species found only in Bermuda than any other habitat – though most of the animals found here are very small, eyeless and transparent. Caves can also often tell us a great deal about natural history when fossils are found within them of now-extinct animals that once roamed Bermuda.